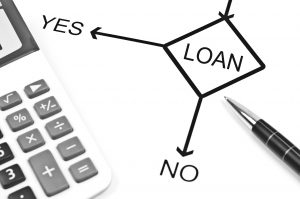 Toward the end of my tenure with Washington Mutual- which coincided with the end of Washington Mutual- in an ill-conceived act of bravado, management continued to pay us to stick around while they decided what they were going to do with us. They had no mortgage products to sell so they ferried us around to various team-buildings events and seminars. One such seminar had a great speaker- sadly I’ll never remember his name- who was clearly genuinely excited by Math (crazy huh?) and literally jumped around onstage gesticulating wildly as he wrote various mortgage ‘tips and tricks’ on a whiteboard (it may have been a blackboard, this was about 10 years ago). One of the things he said stuck in mind to this day and actually sparked some excitement and enthusiasm in an otherwise jaded and world weary sales force. He talked about ‘Making the Numbers Dance’.

A client that closed on a purchase mortgage a couple of years ago called me with a very specific desire to lower his (30 year fixed) rate as much as he could. His house had appreciated over the past couple of years and he had put down 20% at the time, which was a good situation as conventional rates can improve as equity builds. Ideally I would be able to lower his note rate from 4.25% to 3.625%, which, on $300,000, would represent a reduction in principle and interest (P&I) of $108 per month, or about $1300 a year or $39,000 over the course of 30 years.

Except it doesn’t…. since he had already paid his mortgage for 2 years, and he would be extending his term back to 30 years, although he would be saving $36,288 over the next 28 years he would be giving back $32,832 over the last 2 years! The true savings represented by lowering the rate, assuming a 30 year payout, is not necessarily reflected in a lower monthly payment, but in a shorter loan term.

The real advantage of reducing the rate- unless the borrower is in a hardship situation and literally CANNOT make the current payment and needs a lower payment to avoid selling the house, in which case lowering the payment is an advantage regardless of extending the term- is the faster amortization of the principle. One of the other things the speaker said that stuck in my mind was that refinancing a mortgage that had already been paid down BACK to 30 years was a form of negative amortization- probably in reference to those horrible ‘neg-am’ option arms that WAMU had been selling- and he was absolutely correct. A MUCH better option, if the refinance is not due to a hardship situation, is to KEEP PAYING the ORIGINAL P&I payment, even though the actual payment is reduced due to the lower interest rate, so the additional funds are applied to the principle, thereby speeding up the amortization. What does this actually mean?

In the example above, the borrower is refinancing his $300,000 mortgage and lowering his payment by $108, so it would drop from $1476 to $1368, but he would be adding two expensive years back to the term. If he CONTINUED to pay the $1476 he would actually be reducing his remaining term from 28 yrs (336 months) down to 26.25 yrs (316 months), and by paying his mortgage off early he would be keeping about $30,000 IN HIS POCKET… and that’s worth dancing about!  Considering that many of us will likely be paying our houses off at around the same time we would be contemplating retirement, having access to an additional $30,000 could make a big difference. Even if he did not stay in the house (or in that loan) for 30 years he would be building equity more quickly which would be reflected in a lower mortgage payoff if he sold or needed to refinance in the future. (More dancing numbers coming in Part 2: the dreaded, feared, and misunderstood Adjustable Rate Mortgage).

Mortgage Broker vs. Direct Lender: Finding the Right Loan Partner for You

The Differences Between Mortgages and Home Equity Loans